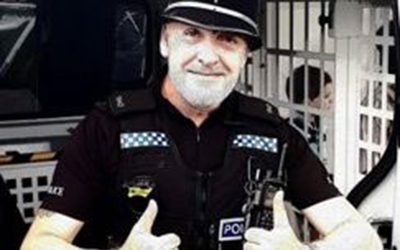 Stephen has worked for Warwickshire Police since 2004, as a Response police officer and Neighbourhood officer. He joined the Police Service after realising that police were there to provide help and support at various stages in his life. Stephen was homeless as a teen, and Police signposted him to those who could help. He cares about people and protecting rights, and as a Police Officer can reinvest the support they showed him by helping and looking out for communities around him. Stephen has received several Commendations and awards, including a Chief Constable’s Commendation in 2006. In 2018 I receiving a Chief Superintendents Commendation for his work with children and young people around the topic of “Hate Crime”. In 2019 receiving the Warwickshire Police and Crime Commissioner’s Award for Excellence in Policing and Community Safety. He is involved in a Warwickshire county-wide creative writing competition for children held each year, focussing on Internet Safety. His heart lies in Community Policing, interacting with communities in a positive way, highlighting relevant topics through innovative ways.