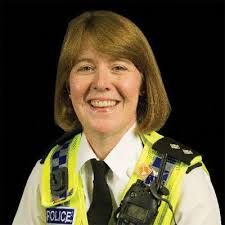 Kirsty has worked in Humberside Police for over 26 years in a number of different roles including response patrol, investigation and intelligence. However, her passion is working in neighbourhood policing and bringing people together and including the community to tackle local issues. Kirsty is currently an Inspector in the Community Safety Unit working with young people on projects such as ‘No More Knives’ campaign in schools to tackle the culture around carrying weapons. The unit also runs ‘Night Challenge’ taking 100 young people every year from a wide variety of backgrounds on a 13 mile circuit through the night, completing stations on subjects such as ASB, effects of drugs and encouraging team working. The CSU also work in partnership with the Princes Trust mentoring scheme for young people in schools. Police officers and staff volunteer to mentor young people to raise their expectations and aspirations around their future and thereby improving their academic achievements. Kirsty finds leading these area of work extremely rewarding. In 2020 Kirsty was awarded the Hull City Lord Mayor’s Civic Crown Award for her work in supporting and collaborating with communities in the city.