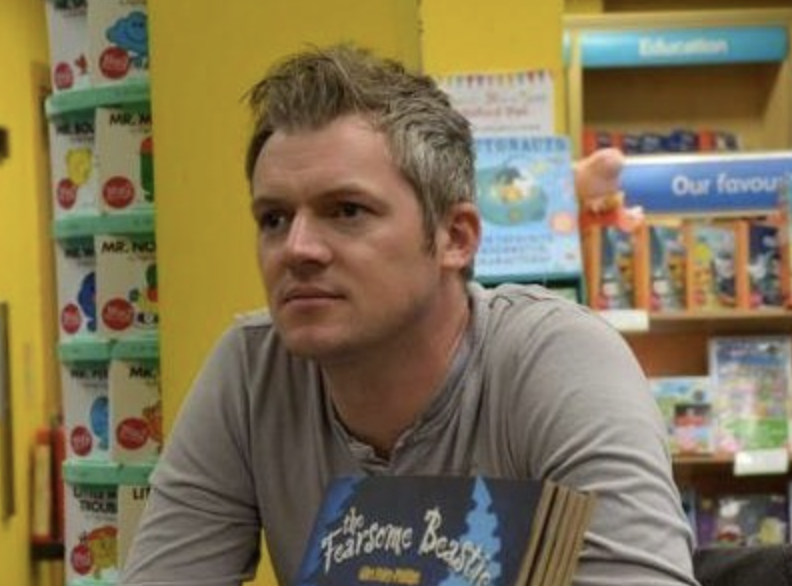 Giles was born in East Sussex in 1977 and grew up on the south coast. He neglected his education to pursue a career in music and spent a number of years performing extensively around the UK, including slots at the Glastonbury festival. His book ‘THE FEARSOME BEASTIE’ (Maverick Arts Publishing) has now sold over 70,000 copies and won The People’s Book Prize 2012 and The Heart Of Hawick Children’s Book Award 2013, Bizziebaby Gold Award and was Highly Commended in The Forward National Literature Award in the US, It was also Shortlisted for The Rotherham Children’s Awards 2012.His third Book ‘TAMARA SMALL AND THE MONSTERS’ BALL’ was Shortlisted for The People’s Book Prize 2013.

‘THINGS YOU NEVER KNEW ABOUT DINOSAURS’ (Gullane/Parragon) came out in August 2013 and is illustrated by Roald Dahl Funny Prize Winner Liz Pichon, it was the first manuscript Giles’ ever wrote after being inspired stumbling across a book of nonsense poetry by Shel Silverstein, shortly after this, his fifth book ‘PRINCESS STAY AWAKE’ was released to much critical acclaim.

His latest Book ‘LITTLE BELL AND THE MOON’ was released in May 2015 to much critical acclaim, appearing on BBC Radio 2’s Anneka Rice Show and has recently been selected to appear on ITV’s Bookaboo Show in 2016. It is shortlisted for the People’s Book Prize 2016 and longlisted for the North Somerset Children’s Book Award

A collection of nonsense poetry ‘THERE IS A LION IN MY BATHROOM’ came out in 2010, with proceeds going to Leukaemia Research.

Giles has a huge online fan base, with now over 152,000 twitter followers and has made several TV appearances including an author special of BBC2’s Eggheads and was a judge on ITV’s Share a Story. Giles still lives in Seaford, East Sussex with his wife, Michelle, and their two sons, Elijah and Sonny.