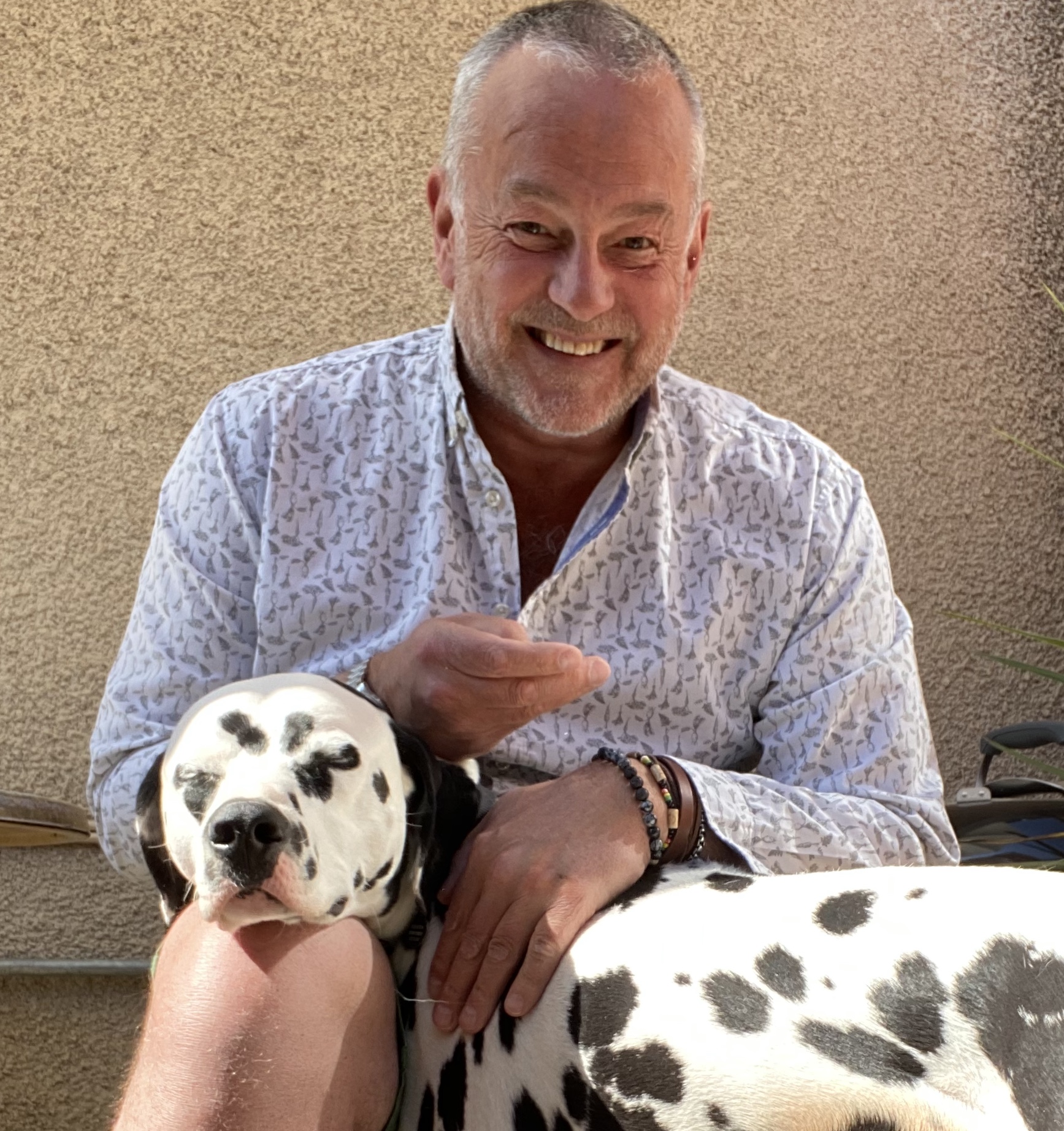 Mike Bourton starting writing poetry in his late forties, in direct contrast with his life as an air traffic controller in the Royal Air Force and then running a business consultancy across the world. But his passion for poetry continued, comments on his life and the people and animals that share it with him.
Mike has travelled since he was young and now shares his life with Bruce, his Dalmatian, often the inspiration for his poems. He loves to write simple rhyming stories, with a tongue in cheek look at the world, but often mixed with love and some of the challenges faced by all of us.
Self-isolating during the Lockdown of 2020, he was inspired and encouraged by his local Facebook group to write poems that could help lift people. What started as one poem became one a day and, in the end, he wrote 67 daily poems between the March and May. This has been lovingly put together into The Virus Poems, a reflection on what happened to all of us during this period. Each poem is accompanied by his own illustrations or photographs, usually involving Bruce of course, together with the news headlines of the day.
Mike and Bruce are also radio presenters on the local radio station, Marlow FM, running a popular Saturday Breakfast request show – Bruce acts as the producer and just barks a lot!
Mike has also written some children’s poems, soon to be turned into illustrated books and continues to write weekly poems for his community, with open mic events to read his poems.